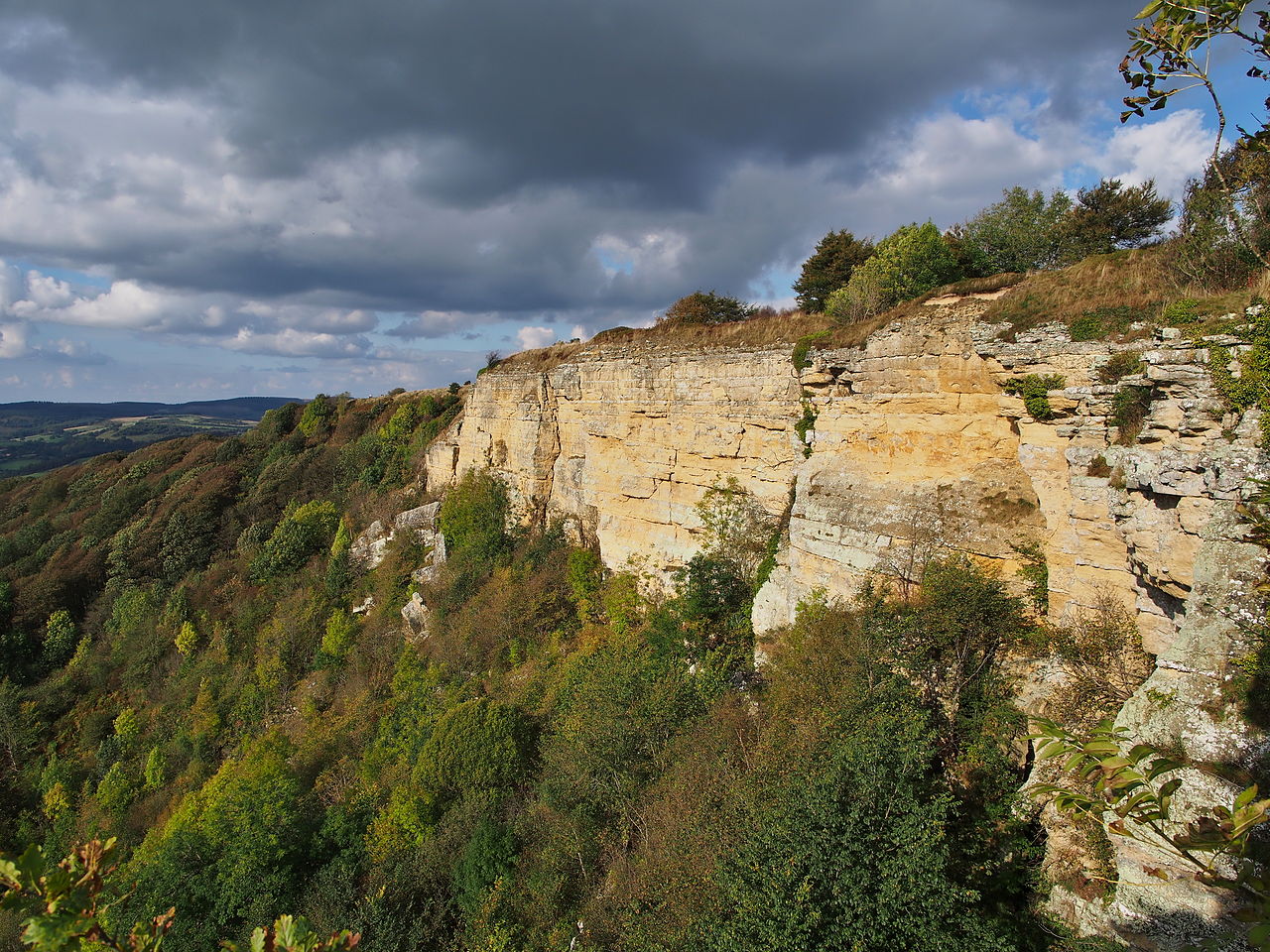 The Hambleton Hills are a range of hills in North Yorkshire, which begin just north of Farlington. They form the western edge of the North York Moors but are separated from the moors by the valley of the River Rye.

They are the eastern boundary of the low-lying Vale of Mowbray which they abut with a precipitous escarpment.

The hills run in a north–south direction for about 15 miles (24 km) and merge with the Cleveland Hills in the north and Howardian Hills in the south.

The hills are made up of rocks of middle and late Jurassic age with the hard Corallian Limestone forming the cap at the highest points. The highest points are Black Hambleton which rises to 1,308 feet (400 m), Roulston Scar reaches 919 feet (280 m) and Whitestone cliff is 1,063 feet (324 m). The Corallian Limestone also outcrops along the southern edge of the North York Moors forming the Tabular Hills which run from Black Hambleton eastwards to Scarborough, although much broken through by river valleys.

There are no upcoming events.